Just a quick mention of the "Render Album" module includes in Moments Designer, something that should be used more when designing your album.

You open the module from "Album Preview" section, on the left bar there is a button labeled "Render Album".

In a flipbook style, preview your designed photobook starting from the cover, single first page, continuing with regular album pages and ending with the single last page and the bottom cover (single first and last pages and cover pages will show only if you have an album that was designed to include them). 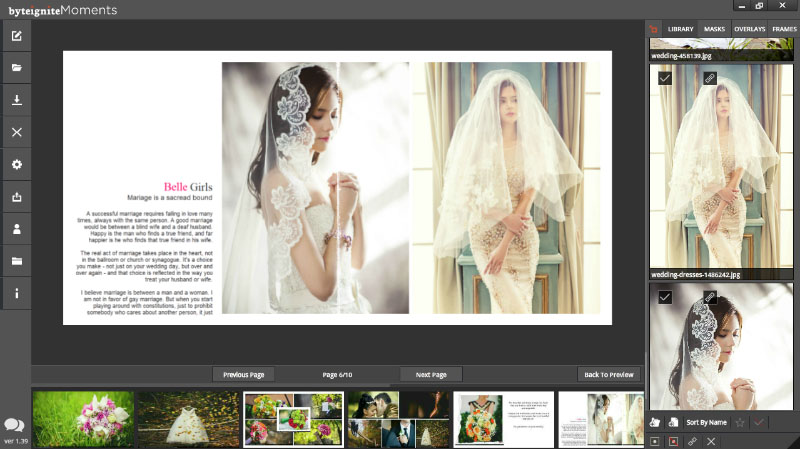 Scroll through the pages using the Previous and Next buttons, all the spreads are presented at the bottom of the window, click on one to jump to that page.

Use the Album Render module to inspect your final design, text positioning and most important how the album crease will influence your design and your spreads. As a good rule, make sure that the most important part of a spread does not fall in the middle and be affected by the crease, e.g. don't put a subject's face in the middle, it will distort it's face.

Even more important, if your photo book is made just like a regular book, with glue bindings, the crease in the middle can be really annoying, parts of the spread will be lost in the middle as it curves down in the middle.

On the other side, you can create some beatiful effects or hide portion of the image knowing that it will be less visible ... hint, hint!

Either way, just something to keep in mind when crafting your design!

Learn more about Moments Designer on the product page and related blog posts.